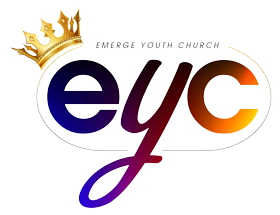 Dr. Elnathan Corey Rolle is a native of Nassau, Bahamas and is known for his work of over 20 years in youth ministry and development. He presently serves as the Youth Pastor of Emerge Youth Church at Bahamas Faith Ministries International and is active in his roles in the community as a Youth Specialist, Life Coach, Motivational Speaker, Radio Host, Music and Film producer. He is an asset and trusted voice to various government agencies including the Ministry of National Security, Ministry of Education, Ministry of Social Services and the Aids Secretariat.

Dr. Rolle holds a Bachelor’s degree in Theology from Destiny Christian College, a Master of Arts degree in Christian Counseling from New Covenant University, and a Doctorate Degree in Leadership from Grace International Bible University. Dr. Rolle has been afforded multiple opportunities to speak on diverse platforms throughout the Commonwealth addressing topics and issues concerning the nation’s youth. He has been the voice of reason addressing issues surrounding Youth Leadership, developing and implementing strategies for reaching the next generation, Sex and Dating, among many other pressing youth matters. He is a light to the next generation, speaking at schools, universities, youth conferences, homes for children, prisons, and at-risk youth throughout the nation.

Dr. Rolle initially began his career as a gospel artist and disc-jockey known as DJ Counsellor. He is the founder and C.E.O of Kingdom Vibes Group and the host of Kingdom Vibes TV and Radio show which airs weekly on Glory 93.9fm. He has toured throughout the Caribbean and United States performing his music at leading Gospel events in Bermuda, Canada, Turks and Caicos, Trinidad and Tobago, Jamaica, St. Lucia, Panama, The United States and throughout the Bahama Islands.

Over the years DJ Counsellor has released several albums and is a multi-award nominated artist. He is the Marlin Awards recipient for Dance Hall Song of the Year entitled Who the Real Super Man featuring the legendary Papa San. His music is available on multiple streaming platforms including Apple Music and Amazon as well as on his website www.djcounsellor.com.

As a family man Dr. Rolle is married to lovely wife Ashnic Rolle and together they have two beautiful daughters.